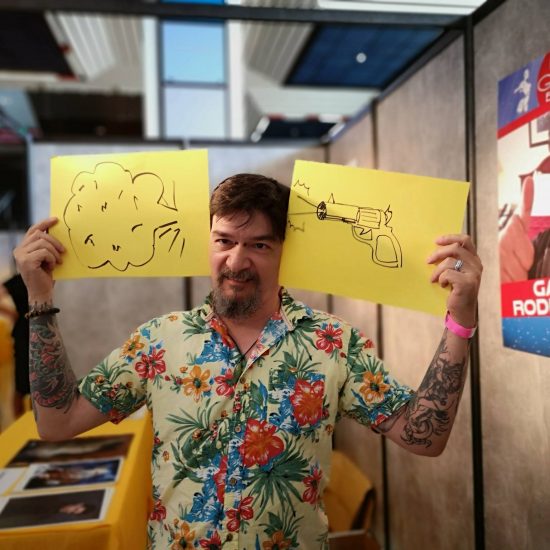 As many of you already know from my posts on social media, last month I finally finished work on the  poster for the first edition of the Nice Geek Expo in France.  A titanic task from the outset with a very strict deadline. Measuring 30″ x 42″ this particular piece was tricky from the start….crazy angles, a lot of masking, painting, airbrushing….I’ve lost track of the hours I put into this. But in the end I delivered on time.

From the outset I was a bit nervous. Working with a new client is always tricky….going into a deal swinging and making demands just lays down the foundation for disaster. So I trusted my agent instead.

My partner (who always travels with me) and I decided we would arrive a couple of days earlier to relax. We had never been to Nice and it had been a long time since we had had a decent break/holiday. My agent had simply booked us into the same hotel as everyone else on his team, and had kindly offered to cover the additional costs (with a view to bill the organiser later, as we were two days early I have to point out -that at this point – nobody was under contract). It’s also worth mentioning that this hotel was the organiser’s first choice and was NOT picked by my agent.

We had taken an evening flight with Ryan Air (which was late as usual) and landed close to 10pm. Somebody at the airport info desk told us the Hotel we where looking for was just a 15 minute walk so we started walking….

After about 30 mins walking with heavy suitcases (and breaking one of the wheels on mine) we found it. Shuffling though a pitch black doorway with no lightning, we made made our way to reception on the 3rd floor. In reception, a very worried mum and her child where asking the receptionist where the Emergency Exits where as they weren’t clearly indicated.  The only access to the hotel was via elevator. Apparently there WAS a staircase….somewhere. At this point alarm bells where ringing in my head. This was a far cry from what I was used to…

Things got worse when the receptionist told us our booking had been cancelled. Yep. Cancelled. So what do you do when this happens? you call your agent. So I did. Initially the receptionist refused to talk to him to clarify what had happened. As it turned out the booking was under another name. Go figure. Hot and bothered we headed to our room…

I have been on boats with cabins bigger than what we walked into. Someone had had the wonderful idea of using actual portaloo/showers from a boat….instead of a real bathrooms. The room was tiny, yeah. The bathroom was a plastic coffin. Cool. Whatever. What made me put my foot down was the blood on the floor and the stains on the headboard……MMMMMMMMMMMM. NO. Sorry, but NO. There’s a line.

So I got on the phone again. Yeah. To my agent.

‘Dude, we cant stay here, bla bla bla. We’re going to have to find another hotel’ yada yada yada. NOW, at this point I am on my own, so I get it. I’m not contracted to be here. HOWEVER I AM from Friday till Monday (when I was flying back)…..and THIS shit hole was not in my contract. So we found another hotel. And that’s when everything started to go..,well. Tits up.

You see….there’s a pecking order. A hierarchy, so to speak. However..,one would think that -given the circumstances- any decent organiser would eagerly embrace the -slightly higher- expense.

On Friday, and after two days of hanging around the porta loo hotel, we finally got one of my agent’s guys to give us a lift to our new digs.., and it was awesome.

Saturday our driver swang by at 10 to pick us up. After a quick pitstop to grab Corin Nemec, we headed to the convention.

The only visible people at the doors where some very over zealous security guards who started on a guest for not having his wrist band on…things got a bit out of control. Voices started to rise, one of them even said we should speak his language and that we were in his country now.

But. The guest…,well, he just took it and walked away. Me?…,nope. Someone starts yelling and disrespecting anyone in front of me like that I’m going to do something about it. So who do you talk to? that’s right! I grabbed my agent (who had been there since the early hours trying to put things together) and told him I wanted the security guard reprimanded and/or removed from the site. Being assaulted by a ‘rentacop’ is not ok, no matter who you are. Especially without cause….

That’s when I glanced over to my booth…..and saw the product of my hard work on the wall…,my soul sank to a new new level of prehistoric shit unknown to man. The promoter had decided to print my art at A4. Instead of the A2 we had agreed. Not only this, but the printer had messed up completely and the blacks had all but disappeared. Two months of planning, painting, sweating, drawing, travelling….reduced to a glorified stamp on the wall.

I called my agent.

‘it’s ok my friend, don’t worry’..,he said for the thousandth time this week, while he tried giving me a hug.

‘how is this ok?’ and how is hugging me going to make it better?

‘They say they had problems but more bigger prints on the way…..’

One of the organisers footmen pops round to check everything is ok. ‘no….everything is NOT ok. Apart from the fact I have a tonne of receipts I’m pretty sure you’re not going to cover, I can’t sell this shit.’ On presenting him with the hotel, expenses and photography costs he tried to barter with me.

‘This is not a market…..I have a contract’. And I walked away leaving him muttering something in French. His language.

A while later the big boss/Kingpin shows up, for some reason thinking everything is ok. Yep. He left in a hurry too. In french.

6 pm. Still no prints. And my agent informs me that they’re not coming either…..and yep. Tries hugging me.

Sick of sweaty frenchmen trying to douse me in their bodily fluids to ease my pain, I leave.

Lunch was a joke in a restaurant that had some very questionable food on the menu, so I was hoping that enough people had complained to warrant a better meal for dinner. NOPE. Boiled chicken for dinner. And we weren’t allowed to orders drinks either as the organiser was paying. So drinking our sorrows away wasn’t on the menu either….

Next morning I woke up with a very bad headache….(not a hangover) so I messaged my agent to ask him to pick me up at noon, as there was nothing for me to do anyway at the show (all the stress had flared up my neck pain and I’m still recovering from an operation). He called back and started yelling at me and telling me how there was  ‘a schedule to keep’ and that just because I had been up late ‘drinking and having a good time’ didn’t mean he was going to alter his driver’s schedule… I hang up. Without saying a word. If his idea of a good time is waiting around for an hour for a ride back to our hotel after the organiser dumped us at a shitty restaurant, well then yeah. Hell of a party.

We hit the road. We pick up Corin (again)….he’s in an annoyingly good mood. He should be. At least he’s got a decent guarantee! Mine was negotiated around prints for four shows that where never done, so I’m already out of pocket.

On arrival my agent tries to hug me again…..I ignore him. I think he’s finally getting the message that I’m ‘slightly annoyed’…..

He collects my receipts and returns with my guarantee shortly after lunch….The organiser has picked up the bill for the Hotel….but that’s it. All expenses connected to the photography and production have been ignored. I am seriously out of pocket now and it is clear I will never get my money and that this organiser will never honour their agreement or pay for my artwork…

So I leave. This time with no intention of talking to anyone. I just want to end the party in peace.

‘I’m sorry Sir, but you don’t have any luggage booked on this flight’.

‘what do you mean?’ I ask (knowing perfectly well what she means but refusing to acknowledge it…)

‘There is no luggage booked on your return flight’.

NOW. Under any other circumstances I would of just picked up the receipt and billed the organiser (as this had been agreed via email) but, given all that had happened (and the fact I had just forked out another 50 euros for a cab ride from our hotel) well I just flipped my lid….wide open. Yep. Even the guy standing behind me in the queue took a step back. I was livid. One thing I hate more than incompetence is paying for someone else’s incompetence….

At this point I broke my agent. I can actually picture him curled up in the corner of his shower, sobbing…suffice to say he passed the buck on to the organisers and walked away. Maybe he gave them a hug…In French.

Final thoughts; Measure twice, cut once. Dot all the “i’s” and cross all the “t’s” ……get your money up front. Don’t trust a stranger….and if your’e doing artwork for a client ALWAYS demand 50% up front on the agreed price BEFORE you put pencil to paper and request the other 50% once you are ready to send the digital file.

And beware of amateurs.

And of Geeks bearing gifts….. 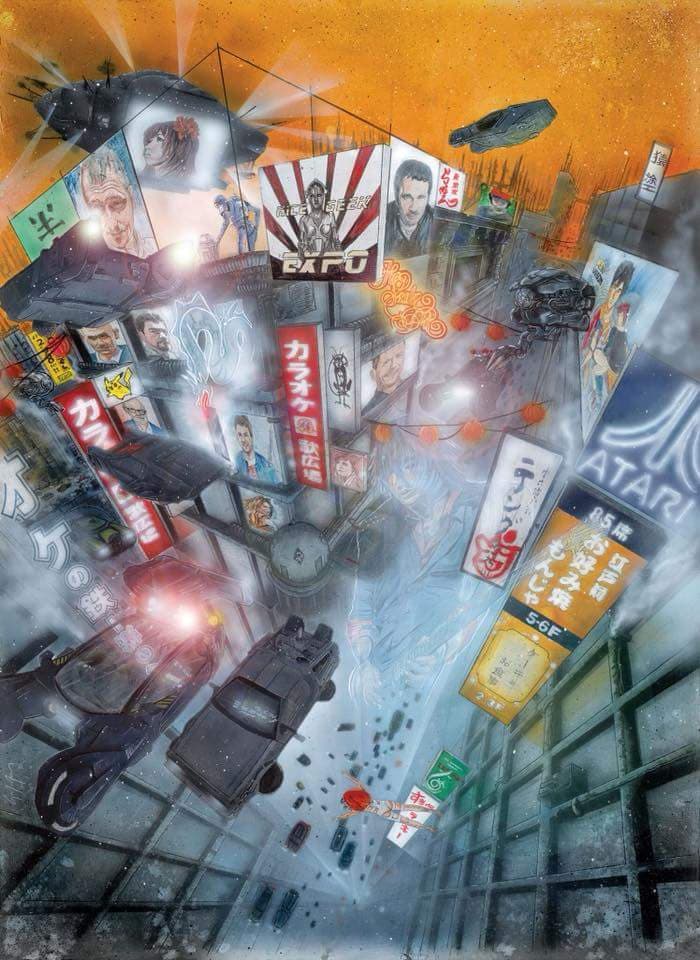 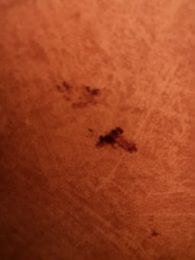 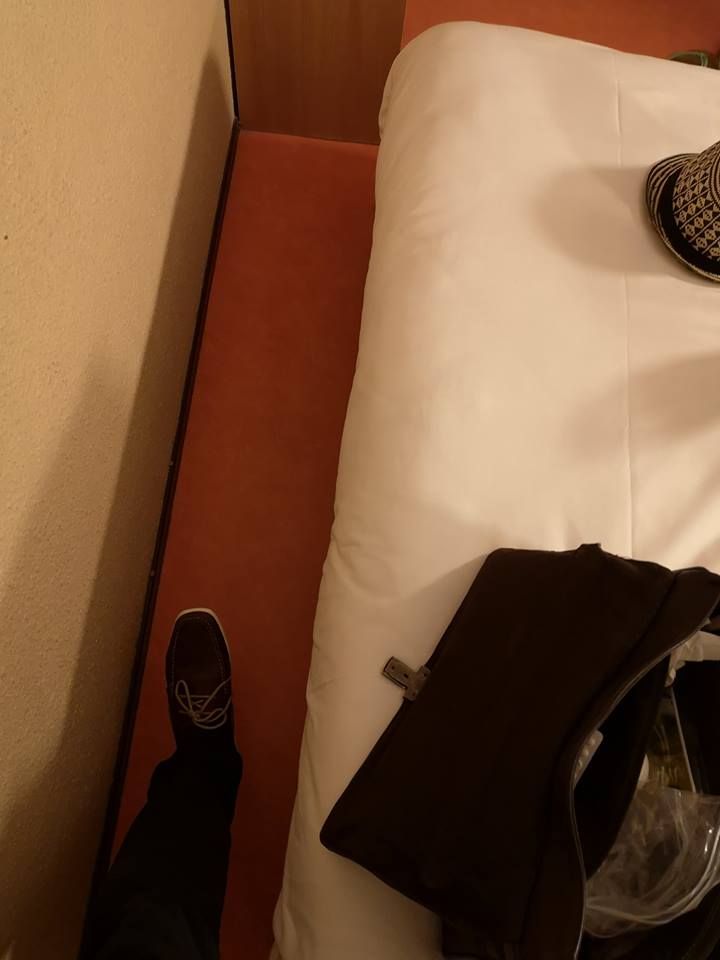 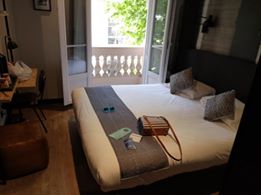 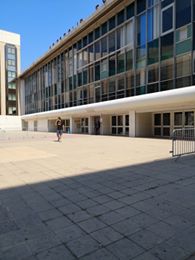 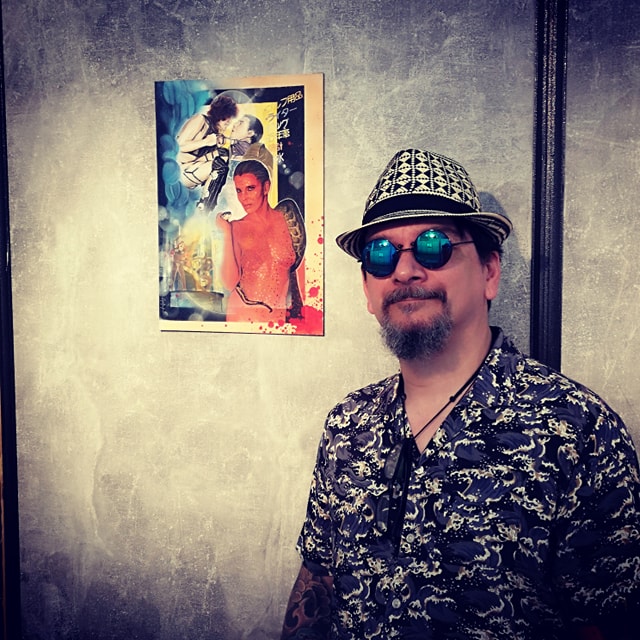 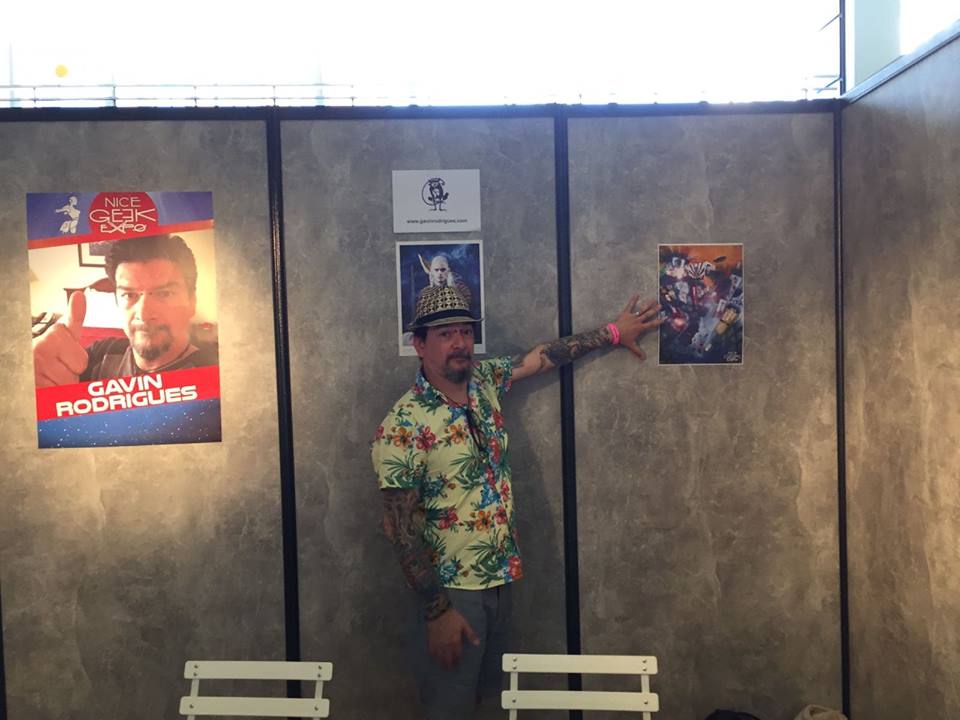 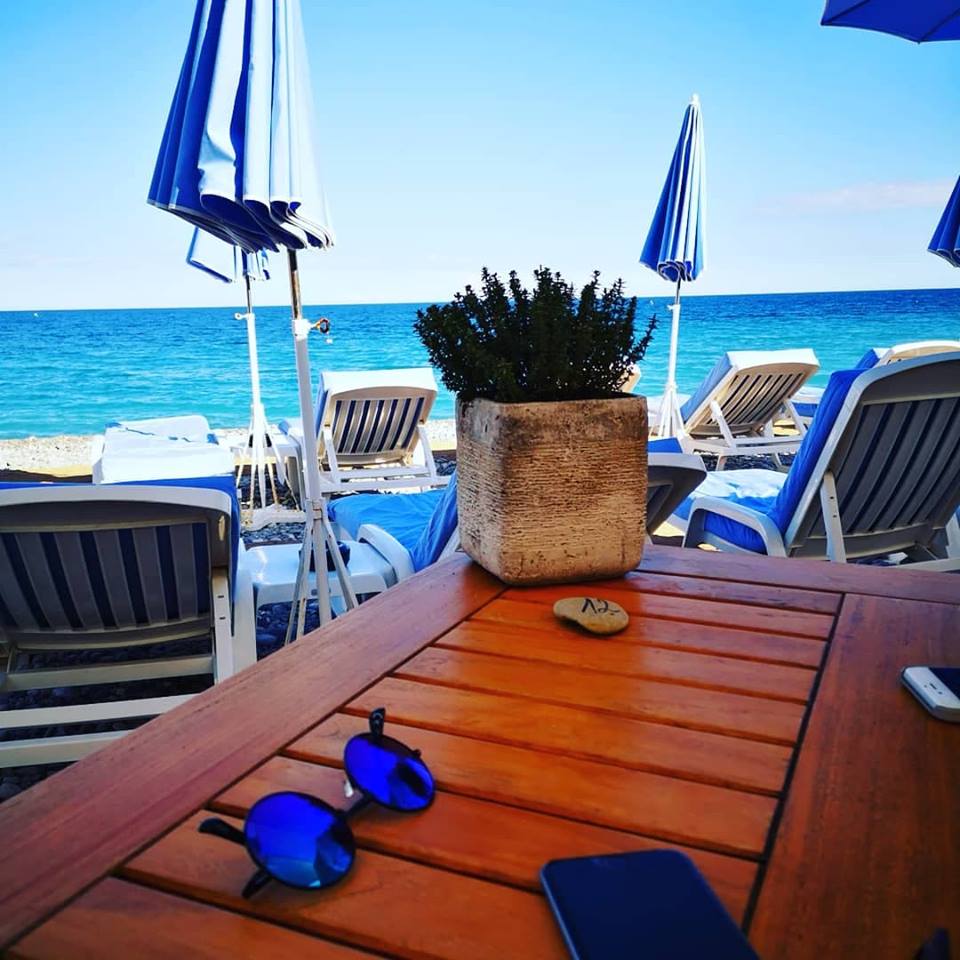 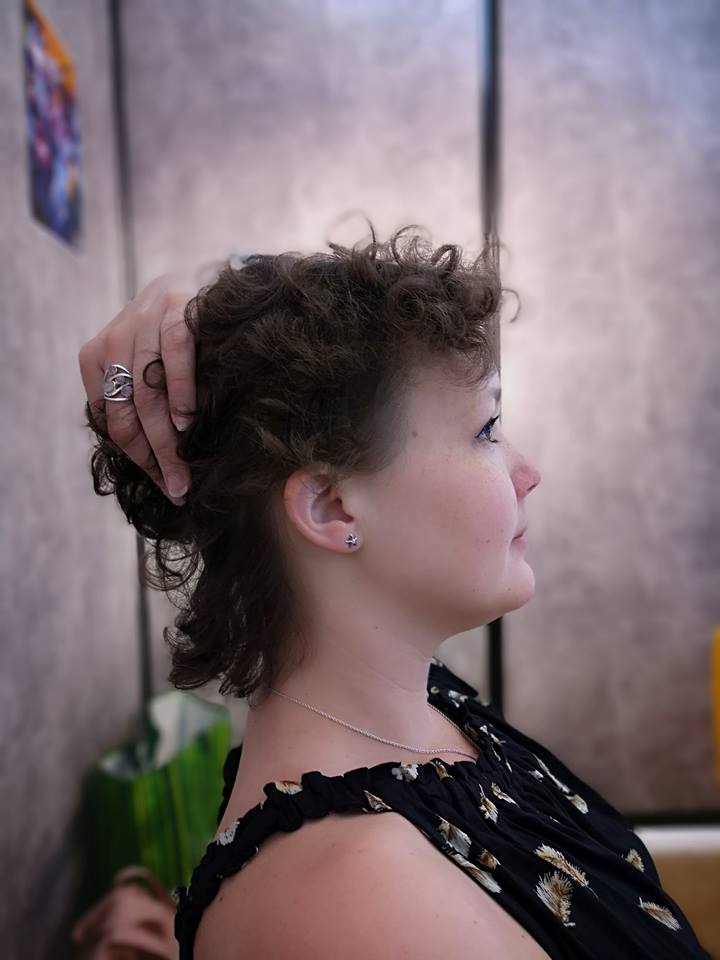 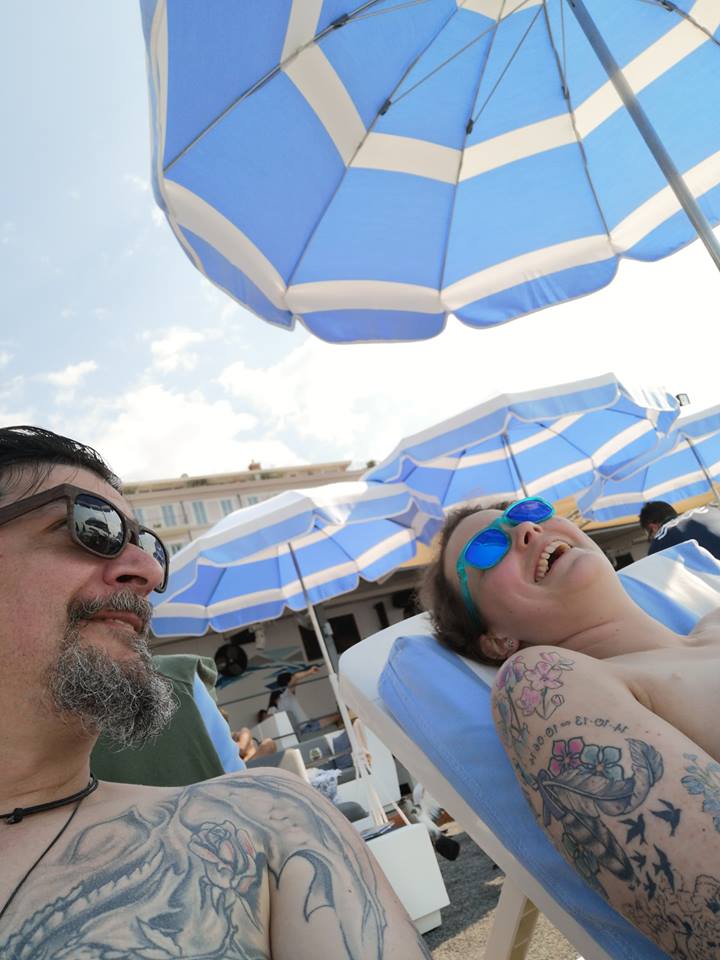 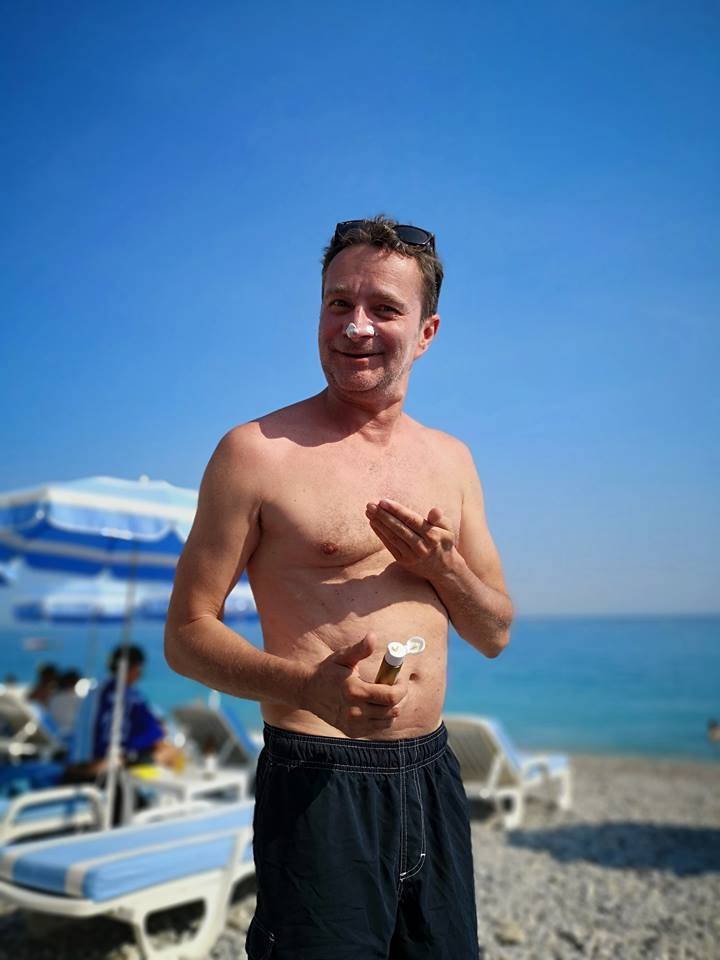 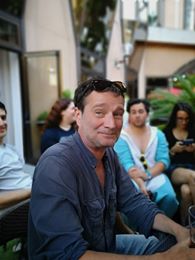 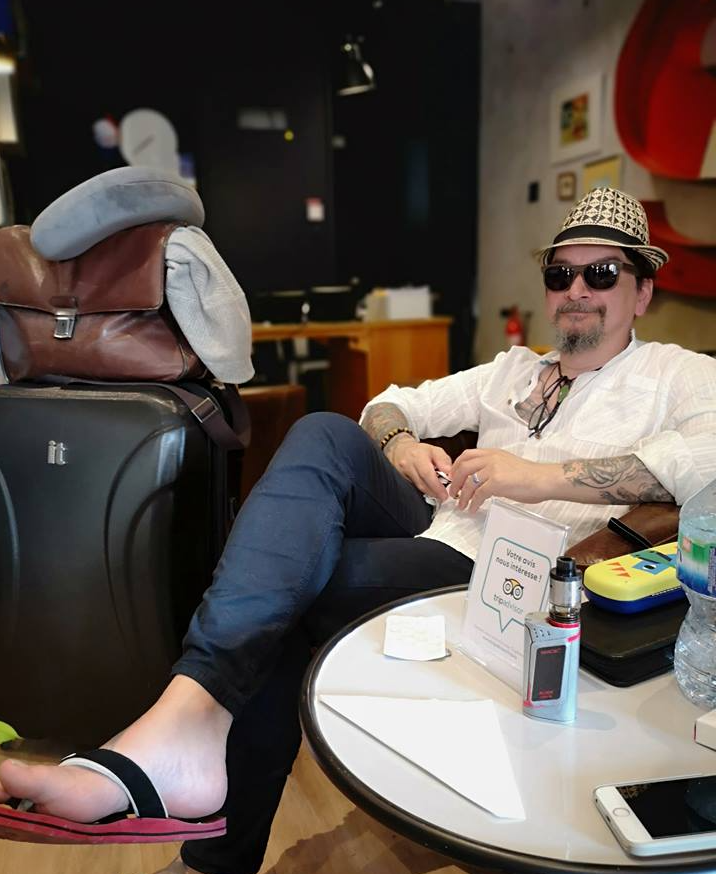 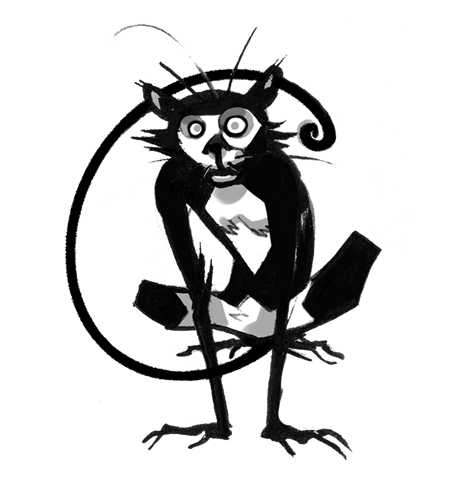 We Dare You To Read !

Source Point Press publishes books, comic books, and graphic novels. Working with both industry legends, and new talents on the rise to bring you the best storytelling in horror, sci-fi, pulp, true crime, the occult, and supernatural. Please check out what they have available on their webstore

By continuing to navigate our site, you agree to the use of cookies. more information